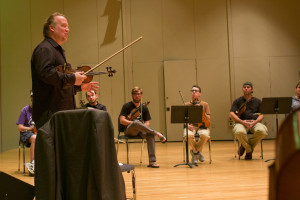 Creative Strings was launched in 2011 by Christian Howes. As an educator specializing in teaching improvisation, harmony, and contemporary styles to classically trained string players, he has helped and continues to assist tens of thousands of string players and teachers at schools, orchestras, and conferences worldwide.

What is Creative Strings?
Creative Strings is operated through a 501(c)(3) charitable organization with a mission to expand music education through residencies, our annual Summer Workshop and Conference, and online curriculum.”Creative Strings Academy,” is a website that provides online lessons which boasts the largest enrollment worldwide of string players studying jazz and improvised music.

Who is Christian Howes?
Christian Howes is a versatile performer in the eclectic rock, jazz, blues, classical and fiddle styles. He has recorded 13 albums, tours the world extensively (including a recent 6-night run at Lincoln Center), and has performed/recorded with Les Paul, Bill Evans, Victor Wooten, Paquito D’Rivera, Bela Fleck, Dafnis Prieto, Robben Ford, Sam Bush, Richard Galliano, Spyro Gyra, and a long list of A-List musicians in jazz and other styles. He has been recognized consistently on the world stage, including a nomination for “Violinist of the Year” by the Jazz Journalists Association, a first place “Rising Stars/Violin” nomination in the 2011 Downbeat Critics Poll, and being named as one of the world’s top three jazz violinists by the Jazz Times Critics Poll in 2012.

Where can you hear his music? 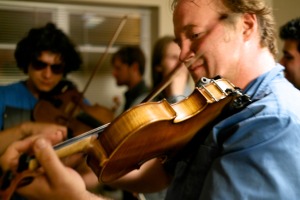 What is Christian Howes up to this year?
For more information about where Christian is performing next, visit his events page.

Success! We'll send you the latest updates and free resources! [email protected] Thanks!

Creative Strings thanks the greater Columbus Arts Council, the City of Columbus, and the Mayor of Columbus for their continued support.

Creative Strings Board of Directors

Success! Check your email now to confirm. You can reach out to me directly for help anytime at chris@christianhowes.com. Thanks!